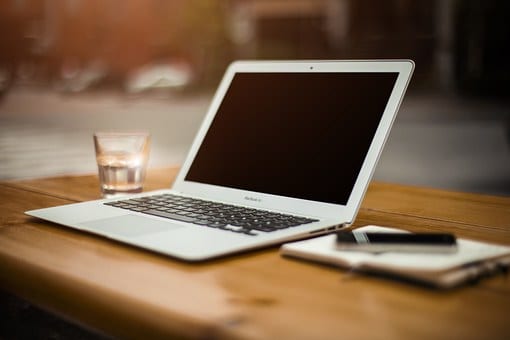 It will need to show “some other reason” why the demand should be set aside. Despite the apparent breadth of those words, the circumstances in which a demand will be set aside for some other reason are limited by the material considerations (As to which see Deputy Commissioner of Taxation v Broadbeach Properties Pty Ltd (2008) 237 CLR 473 at 497 [61]) that must be taken into account. The taxpayer companies in the recent Full Federal Court case of MNWA Pty Ltd v Deputy Commissioner of Taxation, ([2016] FCAFC 154) despite novel arguments, were unable to pass the threshold.

MNWA and Gucce (the companies) (The companies were related only in the sense that Mr Caratti, the owner and controller of MNWA, is the de facto partner of Ms Bazzo, the owner and controller of Gucce) unsuccessfully applied (Pursuant to s 459G(1) of the Corporations Act 2001 (Cth)) to set aside the statutory demands under s 459J(1)(b) (MNWA Pty Ltd v Deputy Commissioner of Taxation (No 2) [2015] FCA 1128). The “other reason” relied upon by the companies was that the issuing of the demands was unconscionable, an abuse of process and in breach of, and an unconscionable departure from, an agreement made with the Commissioner at a meeting in April 2014. The agreement was that the Commissioner would not, subject to appropriate security being provided, pursue recovery of the companies’ tax and GST liabilities, while they pursued objection and appeal rights under Part IVC of the Taxation Administration Act 1953. The Commissioner and the companies entered into deeds of agreement under which the Commissioner agreed not to recover certain tax liabilities provided the companies provided certain security, which they did. The tax liabilities covered by the deeds of agreement were different to the tax debts sought to be recovered pursuant to the statutory demands.

At first instance, relying on NT Resorts Pty Ltd v Deputy Commissioner of Taxation, ([1998] FCA 255) the companies argued that the demands should be set aside under s 459J(1)(b) if the Court was satisfied that there was a genuine dispute about whether the agreement covered the tax debts to which the statutory demand related. The companies argued that a genuine dispute would exist if it was reasonable and arguable or plausible that the Commissioner had agreed to defer recovery action of the tax debts the subject of the statutory demands. It was not necessary, in the companies’ submission, for the Court to decide whether there was in fact such an agreement.

The primary judge found that the evidence did not establish on the balance of probabilities that a global agreement had been made covering the tax debts the subject of the statutory demands. Griffiths J also rejected the companies’ claim that the Commissioner had served the demands for an improper purpose or that he had engaged in unconscionable conduct by serving the demands.

On appeal to a Full Court, (Rares, Farrell and Davies JJ) the companies raised a number of grounds of appeal. In summary, they were:

Based on these grounds, a majority (Farrell and Davies JJ) of the Court distilled the following issues to be decided:

Issue A: standard of proof

Next, a submission that the primary judge erred in embarking on a trial of the “significant dispute” about whether a global deal existed was rejected. The majority held that no such finding was made, rather that his Honour merely stated the Commissioner’s rejection of such a global deal and in any event, there was no reasonable basis for finding that a global deal had been made. Importantly, the majority said ([2016] FCAFC 154 at [192]):

Given the statutory scheme for collection and recovery of tax, an arguable basis for disputing the Commissioner’s right to take recovery action is insufficient to constitute “some other reason” within the terms of s 459J(1)(b) and does not support an exercise of power to set aside the statutory demands under that section.

The companies submitted that the primary judge erred in finding that there was no global deal covering the debts the subject of the demand due to defects in consideration of the evidence, the creditworthiness of the Commissioner’s witnesses and contrary evidence suggesting those witnesses were not telling the truth.

The majority considered that the finding as to the non-existence of a global deal was not based solely on the evidence of the Commissioner’s officers which was preferred over the companies’ witnesses. The objective contemporaneous documentary evidence of the meeting (including detailed meeting notes) at which the global deal was alleged to have been made was critical. An allegation that the ATO witnesses had colluded in giving their evidence was rejected.

The key take-away for both taxpayers and the revenue is that contemporaneous objective documentary evidence of “deals” relating to the payment of tax will be critical in any subsequent dispute. There will rarely, if ever, be a genuine dispute about the existence or amount of a tax debt or whether it was due and payable. A company seeking to set aside a demand relating to tax will need to rely on some other reason which must be established on the balance of probabilities.