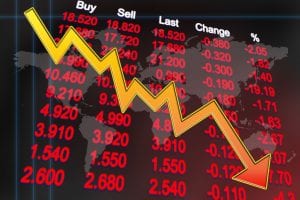 The Administrative Appeals Tribunal (AAT) has affirmed the Commissioner’s decision to disallow a taxpayer’s claim for share trading losses.

The taxpayer was issued notices of assessment for the 2007 to 2010 financial years as a consequence of the non-lodgment of returns for those years. The taxable income identified in those assessments arose from interest earned by the taxpayer in each year. The taxpayer objected to each assessment and penalties.

The taxpayer also claimed that he had lodged his income tax return in 2006 and claimed $21,000 as a share trading loss, which should have been carried forward to offset against income in subsequent years.

The AAT held that the carried forward share trading losses from 2006 were not deductible as no tax return was lodged. The AAT also held that the taxpayer had adduced no concrete tangible evidence in support of his case. He had been asked to provide a summary of how the share trading losses were calculated. In response he provided the September 2013 spreadsheet which he used to support his position but that spreadsheet was not consistent with the records provided to the Commissioner by COMMSEC, CMC Markets and E*Trade. The taxpayer also made some errors in the calculations and attributed the wrong dates to some of the transactions in question.

The case highlights the critical importance of being able to present cogent evidence proving the facts asserted by the taxpayer in order to discharge the onerous burden of proof imposed on taxpayers seeking to challenge an objection decision.