Are You An Australian Tax Resident? 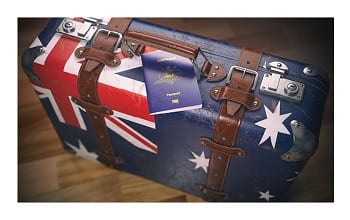 Tax residency is a complex area where the decision is made based on individual circumstances.

As the world becomes more global and interconnected, there seem to be more cases where people who have considered themselves not to be Australian tax residents anymore have been caught up in the net. Before you head off overseas to work or start a business, you should consider the Australian tax residency tests and how they will apply to you.

In this global interconnected world, many Australians will no doubt leave Australia to work in many different countries in a vast array of professions. However, just because you leave Australia for a period of time, doesn’t necessarily mean that your Australian tax obligations are no longer relevant. Australian tax is based on the concept of “residency”. If you’re considered to be a resident of Australia for tax purposes, then you will be taxed on your worldwide income with a foreign tax offset available for any foreign tax paid.

To work out whether or not you’re a tax resident of Australia, there are several tests. The main test is whether you “reside” in Australia under common law concepts of “reside”. This test is generally applied by considering your circumstances over the whole relevant year.

Rather than simply looking at the time spent in Australia, the question is whether your behaviour over a considerable period of time (6 months according to the ATO) has the degree of continuity, routine, or habit that is consistent with residing in Australia.

Some of the factors considered to be relevant in determining residency under this primary “resides” test include:

As you can see, this primary test is entirely dependent on the individual circumstances of your particular case. One change in your personal circumstances could potentially sway the residency test one way or the other. It is also wholistic in that it encompasses almost every aspect of a person’s life and thus very complex to apply especially when you have to weigh certain factors against others. If it is clear that you don’t satisfy the “resides” test, you will still be considered to be an Australian resident for tax purposes if you satisfy one of the following three statutory tests:

A person’s tax residency is determined on a year-by-year basis and the ATO may treat an individual to be a resident of Australia until it can be clearly established that they have cut all relevant ties with Australia. Tax residency is a complex area. If you’re unsure or you think you’re on the borderline of being an Australian tax resident, a tax professional should be consulted before you make any decisions with tax consequences.

Are You Going To Work Overseas Or Thinking Of Working Overseas?

Before you head overseas to work or start a business, come and see us. We can help you figure out if your individual circumstances would make you an Australian tax resident or non-resident once you leave. Or, if you no longer wish to be an tax Australian resident and would like to start overseas with a clean slate, we can help you with that too by telling you what you need to do to make sure you are not regarded as a tax resident of Australia.

For expert advice and assistance in dealing with your Personal Tax and Residency in Australia, please contact Mathews Tax Lawyers on 1800 685 829

1 thought on “Am I An Australian Tax Resident?”