The OECD presented overnight the final package of measures (link to OECD) to be discussed by G20 Finance Ministers at their meeting on 8 October, in Lima, Peru. 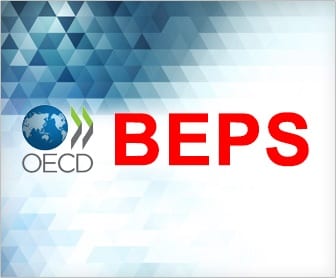 The OECD/G20 BEPS Project provides governments with solutions for closing the gaps in existing international rules that allow corporate profits to be artificially shifted to low/no tax environments, where little or no economic activity takes place.

Following delivery of the BEPS measures to G20 Leaders during their annual summit on 15-16 November in Antalya, Turkey, the focus will shift to designing and putting in place an inclusive framework for monitoring BEPS and supporting implementation of the measures, with all interested countries and jurisdictions invited to participate on an equal footing.

The final package of BEPS measures:

Australia has already introduced CbCR into domestic law.  Our treaty shopping measures will over time converge with global best practice via tax treaties or the multilateral instrument.  Australia does not have undue harmful tax practices.  The measures to address the backlog related to MAPs are welcome.

B. revises the guidance on:

C. “offers governments a series of new measures to be implemented through domestic law changes”, including:

These are best practice rules NOT expressed to be mandatory. The CFC package is the “most optional” reflecting the unlikely changes in Europe and the US in the short to medium term. On interest deductibility, Australia’s combination of strong thin cap and transfer pricing rules should allow Australia to respond in a measured way – expect something from Treasury that our thin cap rules align pretty well with the OECD proposals. On the hybrid changes, detailed consultation through the Board of Taxation is already underway.

Nearly 90 countries are working together on the development of a multilateral instrument capable of incorporating the tax treaty-related BEPS measures into the existing network of bilateral treaties. The instrument will be open for signature by all interested countries in 2016.

Revenue losses from BEPS are conservatively estimated at USD 100-240 billion annually, or anywhere from 4-10% of global corporate income tax (CIT) revenues. Given developing countries’ greater reliance on CIT revenues as a percentage of tax revenue, the impact of BEPS on these countries is particularly significant.