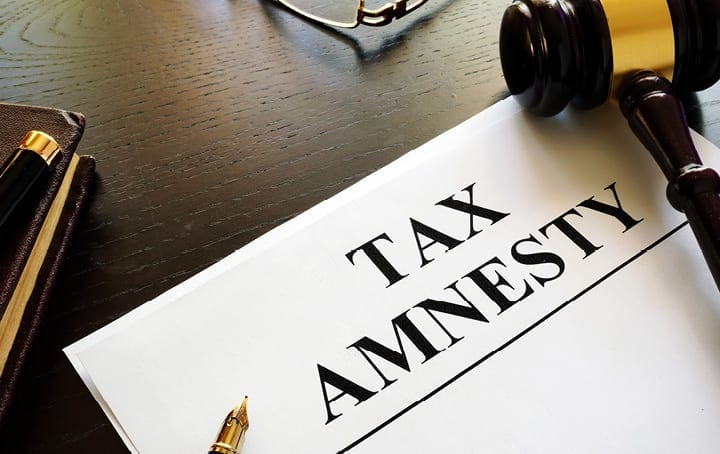 Are you an employer that’s fallen behind on super guarantee (SG) payments for your employees?

Perhaps you’ve had some cash flow issues in the past or forgot to make the payments one quarter. Don’t despair, the Government has announced a one-off amnesty to run until 24 May 2019, to allow employers to self-correct historical underpayments of SG amounts without incurring the penalties that would normally apply. This is subject to the SG shortfall occurring between 1 July 1992 and 30 March 2018 that have not previously been disclosed to the ATO.

“The ATO estimates that in 2014-15, around $2.85bn in SG payments went unpaid…while this represents a 95% compliance rate, any level of non-compliance is unacceptable”.

The amnesty applies to SG shortfalls as far back as 1 July 1992 but will not apply to shortfalls for quarters starting from 1 April 2018. Therefore, if your business inadvertently forgot to make SG payments for an employee during this period, you may be able to take advantage of the amnesty. To qualify for the amnesty, a disclosure must be made to the ATO in the approved form and must not have been previously disclosed.

Employers who take advantage of this amnesty will still need to pay all SG shortfall amounts owing to their employees, including the nominal interest and general interest charge (but not the administrative component). However, any SG charge payments and offsetting contributions made during the amnesty will be tax deductible for the employer.

According to the Government, those employers that do not take advantage of this amnesty will face higher penalties when they are subsequently caught. In general, a minimum 50% penalty on top of the SG charge that is already owed will be imposed. Additionally, a penalty of 200% of the SG shortfall amount may also apply for failing to lodge a SG statement on time. This is all on top of the SG charge payments and offsetting contributions not being deductible outside the amnesty period.

As a part of the carrot and stick approach the Government is taking, during the amnesty, the ATO will continue its usual enforcement activity against employers with historical SG obligations that don’t own up voluntarily. In addition, the Government is also seeking to give the ATO more tools to enforce compliance going forward including:

Want To Take Advantage Of The Amnesty?

The amnesty provides a good, but limited opportunity for employers to get their superannuation obligations in order before the ATO ramps up its compliance and enforcement actions. If you’re unsure about your SG compliance status, we can help you find out and apply for the amnesty if needed.