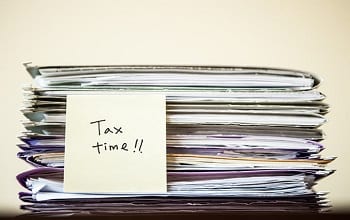 With the ATO’s compliance targeting of large businesses in the past few years reaping rewards, this tax time the ATO is turning its attention to small businesses.

As a small business owner, what do you need to be aware of to stay out of the ATO spotlight?

A recent interview with Tax Commissioner Chris Jordan revealed details of what the ATO will be paying particular attention to this year. Perhaps not surprisingly, the ATO will be targeting businesses that deal in cash. As a part of its cash and hidden economy operation, the ATO has compiled “data-maps” of cash-only businesses and those that do not frequently or readily use electronic payment facilities.

Using the data-maps the ATO is homing in on particular suburbs that have a high number of cash-only businesses. In Sydney, Cabramatta and Haymarket were cited as examples of areas that the ATO visited. According to the Commissioner:

Therefore, the other areas the ATO is targeting this tax time also include unpaid superannuation guarantee contributions and cash payments of wages without the associated conditions and benefits. According to the ATO, with the introduction of the single-touch payroll (STP), it will be able to receive information on unpaid superannuation contributions much earlier and act on it.

Even if you’re not running what the ATO deems to be a “cash business” there are other areas you still need to be aware of this tax time. In particular, the ATO will be looking at small businesses wrongly claiming private expenses and unexplained wealth or lifestyle.

Under tax law, you can generally deduct a business expense if it is necessarily incurred in carrying on a business for the purpose of gaining or producing assessable income, provided the expense is not capital, private or domestic. Commissioner Jordan noted that small businesses intermingling their private expenses with their business expenses has been an issue for a long time. This year the Commissioner has decided to “renew the discussion to highlight that we are going to be focusing on these areas”. Hence, if you’re running a small business you should make sure all your expense claims are in fact business related and any expenses that are both business and personal need to be apportioned on a reasonable basis.

The unexplained wealth or lifestyle targeted by the ATO includes instances of business owning families that have low or average reported incomes, but have a lifestyle and assets that far exceed those modest incomes. Commissioner Jordan considers that having kids in private schools and taking frequent business class flights on overseas trips would be considered to be unexplained wealth. He said the ATO will use all its resources including obtaining information from other government departments (i.e. Department of Immigration) and social media (i.e. Facebook posts).

Want To Find Out More?

If you think your business may have some issues with the ATO’s tax time focus areas, we can help you sort them out before the ATO get involved.