Hiring Independent Contractors: Do You Need To Pay Super? 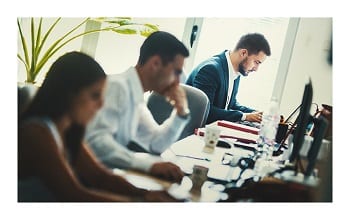 Do You Need To Pay Super If You Hire Independent Contractors?

Hiring independent contractors can be a flexible staffing solution for many businesses, but did you know that some workers who are genuinely independent contractors are still entitled to compulsory superannuation contributions? Find out what test the ATO applies and check whether your business has its super obligations covered.

If a worker is not an employee in the general sense but is hired under “a contract that is wholly or principally for the labour of the person”, the worker is deemed an employee for superannuation purposes, even if they have an Australian Business Number.

This means the hirer must make superannuation guarantee (SG) contributions of 10% (in relation to the part of the contract that is for labour). Hirers can’t meet this obligation simply by paying the worker an additional 10% – they must actually make contributions to the worker’s super fund.

What Independent Contractor Contracts Do You Have To Pay Super For?

So what sort of contracts are captured? The ATO’s view is that a contract is “wholly or principally for labour” when three key requirements are all met.

What Types Of Work Can This Affect?

All kinds of workers can be captured. Typical examples might include freelancers such as programmers, editors, graphic designers or administrative support workers who are paid by the hour (not for a specific result) and can’t delegate the work to someone else. Similarly, labourers and other contractors performing physical work could be captured.

The rule can also extend to individuals in sophisticated business structuring arrangements. In Dental Corporation Pty Ltd v Moffet, the Full Federal Court found that a dentist who had sold his dental practice to a third party and continued to work as a dentist for that practice was an independent contractor, but had been working under a contract “wholly or principally for labour”. The new owners were therefore required to make minimum SG contributions for him.

The dentist was earning a percentage commission of the fees collected from patients, but was also contractually required to pay a “shortfall” amount to the dental practice in the event the practice’s annual cash flow fell below a set target – a risk not usually born by a worker in an employment-like arrangement. This case illustrates how even individuals like former business owners who agree to perform services under complex contractual arrangements can potentially be entitled to SG contributions.

Not Sure Whether You Have To Pay Super For Your Contractors?

Don’t wait for the ATO to come knocking. Contact us today for assistance in reviewing your contractor arrangements and ensure your business is protected.